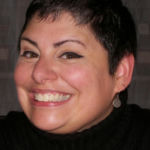 Why Is Holly Black Influential?

According to Wikipedia, Holly Black is an American writer and editor best known for her children's and young adult fiction. Her most recent work is the New York Times bestselling young adult Folk of the Air series. She is also well known for The Spiderwick Chronicles, a series of children's fantasy books she created with writer and illustrator Tony DiTerlizzi, and her debut trilogy of young adult novels officially called the Modern Faerie Tales. Black has won an Eisner Award, a Lodestar Award, a Award, a Nebula Award, and a Newbery honor.

Other Resources About Holly Black

What Schools Are Affiliated With Holly Black?

Holly Black is affiliated with the following schools:

What Are Holly Black's Academic Contributions?

Holly Black has made the following academic contributions: