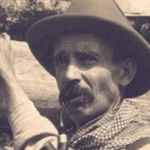 Why Is Horace Kephart Influential?

According to Wikipedia, Horace Sowers Kephart was an American travel writer and librarian, best known as the author of Our Southern Highlanders and the classic outdoors guide Camping and Woodcraft. Biography Kephart was born in East Salem, Pennsylvania, and raised in Iowa. He was the director of the St. Louis Mercantile Library in St. Louis, Missouri from 1890 to 1903; during these years Kephart also wrote about camping and hunting trips. Earlier, Kephart had also worked as a librarian at Yale University and spent significant time in Italy as an employee of a wealthy American book collector.

Other Resources About Horace Kephart

What Schools Are Affiliated With Horace Kephart?

Horace Kephart is affiliated with the following schools: