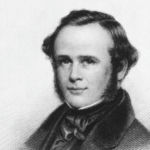 Why Is Horace Wells Influential?

According to Wikipedia, Horace Wells was an American dentist who pioneered the use of anesthesia in dentistry, specifically the use of nitrous oxide . Early life Wells was the first of three children of Horace and Betsy Heath Wells, born on January 21, 1815 in Hartford, Vermont. His parents were well-educated and affluent land owners, which allowed him to attend private schools in New Hampshire and Amherst, Massachusetts. At the age of 19 in 1834, Wells began studying dentistry under a 2-year apprenticeship in Boston. The first dental school did not open until 1840 in Baltimore.

Other Resources About Horace Wells