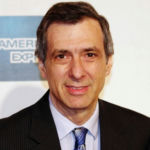 Why Is Howard Kurtz Influential?

According to Wikipedia, Howard Alan Kurtz is an American journalist and author best known for his coverage of the media. Kurtz is the host of Fox News's Media Buzz program, the successor to Fox News Watch. He is the former media writer for The Washington Post and the former Washington bureau chief for The Daily Beast. He has written five books about the media. Kurtz left CNN and joined Fox News in 2013.

Other Resources About Howard Kurtz

What Schools Are Affiliated With Howard Kurtz?

Howard Kurtz is affiliated with the following schools:

What Are Howard Kurtz's Academic Contributions?

Howard Kurtz has made the following academic contributions: