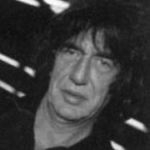 Why Is Howard Marks Influential?

According to Wikipedia, Dennis Howard Marks was a Welsh drug smuggler and author who achieved notoriety as an international cannabis smuggler through high-profile court cases. At his peak he claimed to have been smuggling consignments of the drug as large as 30 tons, and was connected with groups as diverse as the CIA, the IRA, MI6, and the Mafia. He was eventually convicted by the American Drug Enforcement Administration and given a 25-year prison sentence; he was released in April 1995 after serving seven years. Though he had up to 43 aliases, he became known as "Mr. Nice" after he bought a passport from convicted murderer Donald Nice. After his release from prison, he published a best-selling autobiography, Mr. Nice, and campaigned publicly for changes in drugs legislation.

Other Resources About Howard Marks

What Schools Are Affiliated With Howard Marks?

Howard Marks is affiliated with the following schools:

What Are Howard Marks's Academic Contributions?

Howard Marks has made the following academic contributions: