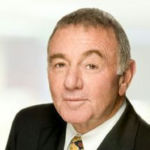 Why Is Howard Weitzman Influential?

According to Wikipedia, Howard Lloyd Weitzman was an American entertainment lawyer active in matters ranging from intellectual property and entertainment issues to family law and estate issues. He was notable for representing Michael Jackson's estate in the IRS case against it. His other famous clients included Justin Bieber, O. J. Simpson, and John DeLorean.

Other Resources About Howard Weitzman

What Schools Are Affiliated With Howard Weitzman?

Howard Weitzman is affiliated with the following schools: