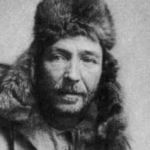 Why Is Hudson Stuck Influential?

According to Wikipedia, Hudson Stuck was a British native who became an Episcopal priest, social reformer and mountain climber in the United States. With Harry P. Karstens, he co-led the first expedition to successfully climb Denali in June 1913, via the South Summit. He published five books about his years in Alaska. Two memoirs were issued in new editions in 1988, including his account of the ascent of Denali.

Other Resources About Hudson Stuck

What Schools Are Affiliated With Hudson Stuck?

Hudson Stuck is affiliated with the following schools: