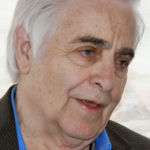 Why Is Hugh Aynesworth Influential?

According to Wikipedia, Hugh Grant Aynesworth is an American journalist, investigative reporter, author, and teacher. Aynesworth has been reported to have witnessed the assassination of John F. Kennedy in Dealey Plaza, the capture and arrest of Lee Harvey Oswald at the Texas Theater, and the shooting of Oswald by Jack Ruby in the basement of the Dallas Police Headquarters. In a 1976 Texas Monthly article, William Broyles, Jr. described Aynesworth as "one of the most respected authorities on the assassination of John F. Kennedy".

Other Resources About Hugh Aynesworth

What Schools Are Affiliated With Hugh Aynesworth?

Hugh Aynesworth is affiliated with the following schools: