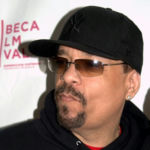 Why Is Ice-T Influential?

According to Wikipedia, Tracy Lauren Marrow , better known by his stage name Ice-T, is an American rapper, songwriter, actor, and producer. He began his career as an underground rapper in the 1980s and was signed to Sire Records in 1987, when he released his debut album Rhyme Pays—reportedly the first hip-hop album to carry an explicit content sticker. The following year, he founded the record label Records and released another album, Power, which would go platinum. He also released several other albums that went gold.

Other Resources About Ice-T