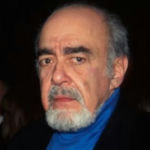 Why Is Ira Levin Influential?

According to Wikipedia, Ira Marvin Levin was a Jewish-American novelist, playwright, and songwriter. His most popular works are the novels A Kiss Before Dying , Rosemary's Baby , The Stepford Wives , This Perfect Day and The Boys from Brazil , as well as the play Deathtrap . Many of his novels and plays have been adapted into successful films.

Other Resources About Ira Levin

What Schools Are Affiliated With Ira Levin?

Ira Levin is affiliated with the following schools:

What Are Ira Levin's Academic Contributions?

Ira Levin has made the following academic contributions: