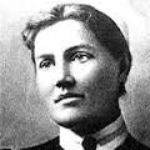 Why Is Isabel Hampton Robb Influential?

According to Wikipedia, Isabel Adams Hampton Robb was an American nurse theorist, author, nursing school administrator and early leader. Hampton was the first Superintendent of Nurses at the Johns Hopkins School of Nursing, wrote several influential textbooks, and helped to found the organizations that became known as the National League for Nursing, the International Council of Nurses, and the American Nurses Association. Hampton also played a large role in advancing the social status of nursing through her work in developing a curriculum of more advanced training during her time at the Johns Hopkins School of Nursing.

Other Resources About Isabel Hampton Robb

What Schools Are Affiliated With Isabel Hampton Robb?

Isabel Hampton Robb is affiliated with the following schools: