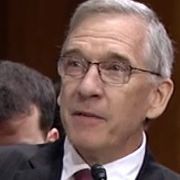 J. Steven Dowd is an American businessman who currently serves as the United States Director of the European Bank for Reconstruction and Development . Prior to assuming his current role, he was United States Director of the African Development Bank. Previous to his government service, Dowd co-founded Ag Source, LLC, a global logistics, trading, and finance company. He has overseen food aid operations and port infrastructure projects, and served as CEO of Marcona Ocean Industries, an international shipping and mining company.