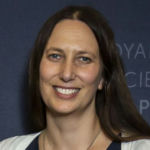 Why Is Jacinta Ruru Influential?

According to Wikipedia, Jacinta Arianna Ruru is a New Zealand academic and the first Māori Professor of Law. She is of Raukawa, Ngāti Ranginui and Ngāti Maniapoto descent. Ruru is currently a professor at the University of Otago.

Other Resources About Jacinta Ruru

What Schools Are Affiliated With Jacinta Ruru?

Jacinta Ruru is affiliated with the following schools: