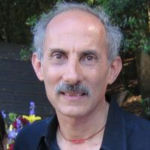 Why Is Jack Kornfield Influential?

According to Wikipedia, Jack Kornfield is a bestselling American author and teacher in the Vipassana movement in American Theravada Buddhism. He trained as a Buddhist monk in Thailand, Burma and India, first as a student of the Thai forest master Ajahn Chah and Mahasi Sayadaw of Burma. He has taught meditation worldwide since 1974 and is one of the key teachers to introduce Buddhist mindfulness practices to the West. In 1975, he co-founded the Insight Meditation Society in Barre, Massachusetts, with Sharon Salzberg and Joseph Goldstein, and subsequently in 1987, Spirit Rock Meditation Center in Woodacre, California. Kornfield has worked as a peacemaker and activist, organized teacher trainings, and led international gatherings of Buddhist teachers including the Dalai Lama.

Other Resources About Jack Kornfield

What Schools Are Affiliated With Jack Kornfield?

Jack Kornfield is affiliated with the following schools: