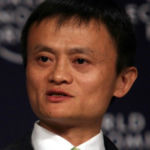 Why Is Jack Ma Influential?

According to Wikipedia, Jack Ma Yun is a Chinese business magnate, investor and philanthropist. He is the co-founder and former executive chairman of Alibaba Group, a multinational technology conglomerate. In addition, he co-founded Yunfeng Capital, a private equity firm. Ma is a strong proponent of an open and market-driven economy.

Other Resources About Jack Ma

What Schools Are Affiliated With Jack Ma?

Jack Ma is affiliated with the following schools: