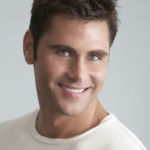 Why Is Jack Mackenroth Influential?

According to Wikipedia, Jack Mackenroth is an American swimmer, model, gay pornographic film actor, and fashion designer who competed in the fourth season of American reality show Project Runway. Mackenroth was the first openly HIV-positive contestant in the show's history.

Other Resources About Jack Mackenroth

What Schools Are Affiliated With Jack Mackenroth?

Jack Mackenroth is affiliated with the following schools: