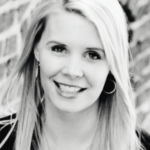 Why Is Jackson Pearce Influential?

According to Wikipedia, Jackson Pearce is an American author. Her debut novel, As You Wish, was published by HarperCollins in 2009. Personal life and education Pearce was born in Raleigh, North Carolina and currently lives in Atlanta, Georgia. She attended Brookwood High School and went on to Georgia College & State University before transferring to and graduating from the University of Georgia. Pearce posts humorous online video blogs

Other Resources About Jackson Pearce

What Schools Are Affiliated With Jackson Pearce?

Jackson Pearce is affiliated with the following schools: