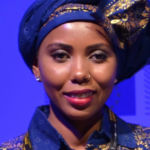 Why Is Jaha Dukureh Influential?

According to Wikipedia, Jaha Dukureh is a Gambian women's right activist and anti-female genital mutilation campaigner. Dukureh was subjected to female genital mutilation in The Gambia when she was a little more than a week old. She is the founder and executive director of Safe Hands for Girls, an organization working to end FGM, and was the lead campaigner in The Guardians End FGM Guardian Global Media Campaign. In April 2016, she was named to the 2016 Time 100 list. Dukureh was nominated for the Nobel Peace Prize in February 2018, has won the Eleanor Roosevelt Val-Kill Medal, and is a UN Women Goodwill Ambassador for Africa. A feature film about Jaha's life was released by Accidental Pictures and The Guardian.

Other Resources About Jaha Dukureh

What Schools Are Affiliated With Jaha Dukureh?

Jaha Dukureh is affiliated with the following schools: