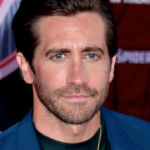 Why Is Jake Gyllenhaal Influential?

According to Wikipedia, Jacob Benjamin Gyllenhaal is an American actor. Born into the Gyllenhaal family, he is the son of director Stephen Gyllenhaal and screenwriter Naomi Foner; his older sister is actress Maggie Gyllenhaal. He began acting as a child, making his acting debut in City Slickers , followed by roles in his father's films A Dangerous Woman and Homegrown . His breakthrough roles were as Homer Hickam in October Sky and as a psychologically troubled teenager in Donnie Darko .

Other Resources About Jake Gyllenhaal

What Schools Are Affiliated With Jake Gyllenhaal?

Jake Gyllenhaal is affiliated with the following schools: