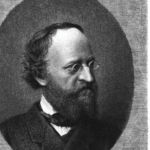 Why Is Jakob Frohschammer Influential?

According to Wikipedia, Jakob Frohschammer was a German theologian and philosopher. Biography Frohschammer was born at Illkofen, which is now in the municipality of Barbing, near Regensburg. Destined by his parents for the Roman Catholic priesthood, he studied theology at Munich, but felt an ever-growing attraction to philosophy. Nevertheless, after much hesitation, he took what he himself calls the most mistaken step of his life, and in 1847 entered the priesthood. His keenly logical intellect, and his impatience of authority where it clashed with his own convictions, quite unfitted him for that unquestioning obedience which the Church demanded. It was only after open defiance of Valentin Riedel, the bishop of Regensburg, that he obtained permission to continue his studies at Munich.

Other Resources About Jakob Frohschammer

What Schools Are Affiliated With Jakob Frohschammer?

Jakob Frohschammer is affiliated with the following schools: