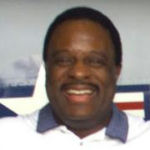 Why Is James Brown Influential?

According to Wikipedia, James Talmadge Brown is an American sportscaster known for being the studio host of The James Brown Show and The NFL Today on CBS Sports. He is also a Special Correspondent for CBS News. He is additionally known for serving as the former host of Fox Sports' NFL pregame show Fox NFL Sunday for eleven years.

Other Resources About James Brown

What Schools Are Affiliated With James Brown ?

James Brown is affiliated with the following schools: