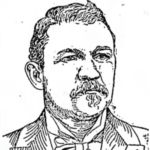 Why Is James C. McDearmon Influential?

According to Wikipedia, James Calvin McDearmon was an American politician and a member of the United States House of Representatives for the 9th congressional district of Tennessee. Biography McDearmon was born on June 13, 1844, in New Canton, Virginia in Buckingham County. He moved with his parents to Gibson County, Tennessee in 1846. He attended Andrew College in Trenton, Tennessee from 1858 to 1861.

Other Resources About James C. McDearmon

What Schools Are Affiliated With James C. McDearmon?

James C. McDearmon is affiliated with the following schools: