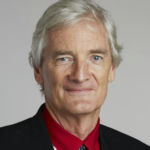 British inventor, industrial designer and founder of the Dyson company

Why Is James Dyson Influential?

According to Wikipedia, Sir James Dyson is a British inventor, industrial designer, farmer and billionaire entrepreneur who founded Dyson Ltd. He is best known as the inventor of the dual cyclone bagless vacuum cleaner, which works on the principle of cyclonic separation. According to the Sunday Times Rich List 2021, he is the fourth richest person in the UK with an estimated net worth of £16.3 billion.

Other Resources About James Dyson

What Schools Are Affiliated With James Dyson?

James Dyson is affiliated with the following schools: