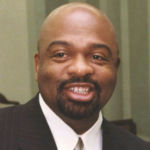 According to Wikipedia, James Earl Graves Jr. is a United States Circuit Judge of the United States Court of Appeals for the Fifth Circuit. Early years The son of a Baptist minister, Graves was born and raised in Clinton, Mississippi. He attended Sumner High School in Clinton and graduated as valedictorian with the highest grade point average and ACT score in his class. Graves then attended Millsaps College and graduated in 1975 with a Bachelor of Arts degree in Sociology. After working at the Mississippi Department of Public Welfare for almost two years, he enrolled at Syracuse University College of Law, where he received his Juris Doctor in 1980. He also earned a Master of Public Administration degree from the Maxwell School of Citizenship and Public Affairs at Syracuse University in 1981. He is a practicing Seventh-day Adventist.

What Schools Are Affiliated With James E. Graves Jr.?

James E. Graves Jr. is affiliated with the following schools: