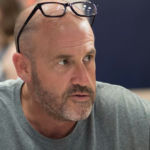 Why Is James Frey Influential?

According to Wikipedia, James Frey is an American writer and businessman. His first two books, A Million Little Pieces and My Friend Leonard , were bestsellers marketed as memoirs. Large parts of the stories were later found to be exaggerated or fabricated, sparking a media controversy. His 2008 novel Bright Shiny Morning was also a bestseller.

Other Resources About James Frey

What Schools Are Affiliated With James Frey?

James Frey is affiliated with the following schools:

What Are James Frey's Academic Contributions?

James Frey has made the following academic contributions: