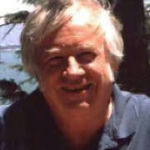 Why Is James H. Fetzer Influential?

According to Wikipedia, James Henry Fetzer is a conspiracy theorist, Holocaust denier and professor emeritus of the philosophy of science at the University of Minnesota Duluth. Fetzer has worked on assessing and clarifying the forms and foundations of scientific explanation, probability in science, philosophy of mind, and philosophy of cognitive science, especially artificial intelligence and computer science.

Other Resources About James H. Fetzer

What Schools Are Affiliated With James H. Fetzer?

James H. Fetzer is affiliated with the following schools: