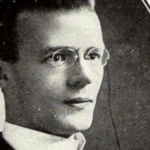 Why Is James M. Farr Influential?

According to Wikipedia, James Marion Farr was an American university professor and academic administrator. Farr was a native of South Carolina, and earned bachelor's, master's and doctorate degrees before beginning his career as a professor of English language and literature. He was the interim president of the University of Florida from 1927 until 1928, and also served as the university's first vice president from 1905 to 1934.

Other Resources About James M. Farr

What Schools Are Affiliated With James M. Farr?

James M. Farr is affiliated with the following schools: