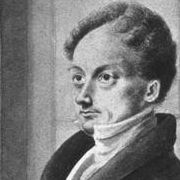 James Mill was a Scottish historian, economist, political theorist, and philosopher. He is counted among the founders of the Ricardian school of economics. He also wrote The History of British India. He was the first writer to divide Indian history into three parts: Hindu, Muslim and British, a classification which has proved surpassingly influential in the field of Indian historical studies, but which is seen in recent decades as being deeply problematic.