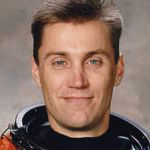 Why Is James A. Pawelczyk Influential?

According to Wikipedia, James Anthony "Jim" Pawelczyk is an American researcher of physiology and Kinesiology who flew aboard the NASA STS-90 Space Shuttle mission as a Payload Specialist. Family background Pawelczyk was born in Buffalo, New York, although he considers Elma, New York, a suburb of Buffalo, as his hometown. He has two children. His hobbies include cycling, swimming, woodworking, philately, and outdoor activities. Pawelczyk is the first American astronaut of full-blooded Polish descent to go into space. In 1999, Pawelczyk and three other astronauts from the STS-90 crew were guests of State of the Republic of Poland. He presented the president with the Polish flag that flew with him aboard space shuttle, Columbia. His parents, Joe and Rita, along with representatives of the Polish American Congress from Buffalo and Chicago accompanied the crew on their visit. He has two children, Katie and Brad and elder siblings Joe and Janet and younger sibling, John.

Other Resources About James A. Pawelczyk

What Schools Are Affiliated With James A. Pawelczyk?

James A. Pawelczyk is affiliated with the following schools: