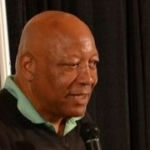 Why Is James Smith Influential?

According to Wikipedia, James "Bonecrusher" Smith is an American former professional boxer who competed from 1981 to 1999, and held the WBA heavyweight title from 1986 to 1987. Early life Smith was born in Magnolia, North Carolina. After graduating from high school, he attended James Sprunt Community College in Kenansville, North Carolina. He earned an associate's degree in Business Administration in 1973. Two years later, he earned a bachelor's degree in Business Administration from Shaw University in Raleigh, North Carolina.

Other Resources About James Smith

What Schools Are Affiliated With James Smith ?

James Smith is affiliated with the following schools: