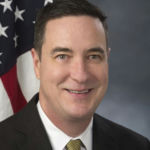 Why Is James T. Abbott Influential?

According to Wikipedia, James Thomas Abbott is an American attorney and government official who currently serves as a member of the Federal Labor Relations Authority . Prior to assuming his current role, he was the Chief Counsel to the FLRA. Before his service with the FLRA, Abbott served as Deputy General Counsel for the United States Congress Office of Compliance from 2004 to 2007. Earlier in his career, he was the Senior Associate District Counsel for Personnel and Ethics at the Defense Contract Management Agency; Chief Counsel at Corpus Christi Army Depot, United States Army Materiel Command; and Senior Labor Counsel at the HQ Depot Systems Command, U.S. Army Materiel Command.

Other Resources About James T. Abbott

What Schools Are Affiliated With James T. Abbott?

James T. Abbott is affiliated with the following schools: