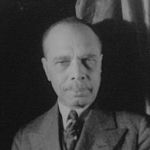 Why Is James Weldon Johnson Influential?

According to Wikipedia, James Weldon Johnson was an American writer and civil rights activist. He was married to civil rights activist Grace Nail Johnson. Johnson was a leader of the National Association for the Advancement of Colored People , where he started working in 1917. In 1920, he was the first African American to be chosen as executive secretary of the organization, effectively the operating officer. He served in that position from 1920 to 1930. Johnson established his reputation as a writer, and was known during the Harlem Renaissance for his poems, novel, and anthologies collecting both poems and spirituals of black culture. He wrote the lyrics for "Lift Every Voice and Sing", which later became known as the Negro National Anthem, the music being written by his younger brother, composer J. Rosamond Johnson.

Other Resources About James Weldon Johnson

What Schools Are Affiliated With James Weldon Johnson?

James Weldon Johnson is affiliated with the following schools:

James Weldon Johnson has made the following academic contributions: