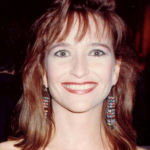 Why Is Jan Hooks Influential?

According to Wikipedia, Janet Vivian Hooks was an American actress and comedian, best known for her work on Saturday Night Live, where she was a repertory player from 1986 to 1991, and continued making cameo appearances until 1994. Her subsequent work included a regular role on the final two seasons of Designing Women, a recurring role on 3rd Rock from the Sun, and a number of other film and television roles, including on Tina Fey’s NBC show 30 Rock and The Simpsons.

Other Resources About Jan Hooks

What Schools Are Affiliated With Jan Hooks?

Jan Hooks is affiliated with the following schools: