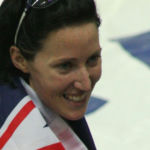 Why Is Jana Pittman Influential?

According to Wikipedia, Jana Pittman is an Australian former athlete. During her athletic career Pittman specialised in the 400 metres run and 400-metre hurdles events. She is a two-time world champion in the 400 m hurdles, from 2003 and 2007. She also won the gold medal in this event at the 2002 and 2006 Commonwealth Games and was part of Australia's winning 4 × 400 metres relay teams at both events.

Other Resources About Jana Pittman

What Schools Are Affiliated With Jana Pittman?

Jana Pittman is affiliated with the following schools: