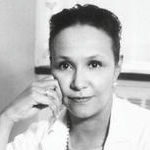 Why Is Jane C. Wright Influential?

According to Wikipedia, Jane Cooke Wright was a pioneering cancer researcher and surgeon noted for her contributions to chemotherapy. In particular, Wright is credited with developing the technique of using human tissue culture rather than laboratory mice to test the effects of potential drugs on cancer cells. She also pioneered the use of the drug methotrexate to treat breast cancer and skin cancer .

Other Resources About Jane C. Wright

What Schools Are Affiliated With Jane C. Wright?

Jane C. Wright is affiliated with the following schools: