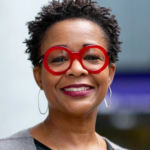 Why Is Janeen Uzzell Influential?

According to Wikipedia, Janeen Uzzell is an American global technology executive and CEO of the National Society of Black Engineers. Early life and education Uzzell was born in Newark, New Jersey, and raised in Plainfield, New Jersey, where she attended Mount St. Mary Academy. She has cited her family as an inspiration for her education and career. Her father, Jay Uzzell, was a musician in the band The Corsairs, and her mother is Kate Uzzell. She earned a bachelor's degree in mechanical engineering from North Carolina A&T State University and an MBA from Fairleigh Dickinson University.

Other Resources About Janeen Uzzell

What Schools Are Affiliated With Janeen Uzzell?

Janeen Uzzell is affiliated with the following schools: