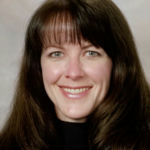 Why Is Janet L. Kavandi Influential?

According to Wikipedia, Janet Lynn Kavandi, a native of Carthage, Missouri, is an American scientist and a NASA astronaut. She is a veteran of three Space Shuttle missions, served as NASA's Deputy Chief of the Astronaut Office, and was the Center Director at the NASA Glenn Research Center in Cleveland, Ohio from March 2016 until her retirement from NASA in September 2019. She was inducted into the United States Astronaut Hall of Fame in 2019.

Other Resources About Janet L. Kavandi

What Schools Are Affiliated With Janet L. Kavandi?

Janet L. Kavandi is affiliated with the following schools: