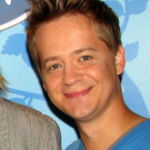 Why Is Jason Earles Influential?

According to Wikipedia, Jason Daniel Earles is an American actor known for his role as Jackson Stewart in the Disney Channel sitcom Hannah Montana and his role as Rudy Gillespie in the Disney XD series Kickin' It. Early life Earles was born in San Diego, California. After living in Ohio and Washington state, his family moved to Oregon. In Oregon, he graduated from Glencoe High School in Hillsboro. Before moving back to southern California, Earles lived in Billings, Montana, where he graduated in theatre arts from Rocky Mountain College in 2000.

Other Resources About Jason Earles

What Schools Are Affiliated With Jason Earles?

Jason Earles is affiliated with the following schools: