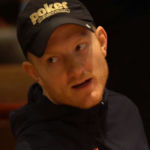 Why Is Jason Koon Influential?

According to Wikipedia, Jason Koon is an American professional poker player from Weston, West Virginia known for his accomplishments in live and online poker tournaments. Early life Koon graduated from Lewis County High School in 2003 and then attended West Virginia Wesleyan College in Buckhannon. There he received his Masters in Business Administration and Finance. He declared he started to play poker following an injury. To avoid boredom, his roommate taught him Texas Hold'Em, and Jason Koon realized he could make a lot of money.

Other Resources About Jason Koon

What Schools Are Affiliated With Jason Koon?

Jason Koon is affiliated with the following schools: