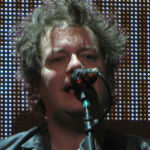 Why Is Jason White Influential?

According to Wikipedia, Jason White is an American guitarist and singer, best known for being the touring guitarist of the rock band Green Day. He has performed with Green Day as a touring member since 1997, although he was an official member of the band from 2012 to 2016. He has worked with Green Day in the studio and on tour, and has appeared in various music videos with the band, including "When I Come Around", "Wake Me Up When September Ends" and "Last of the American Girls". He was briefly credited as an official member on the group's 2012 trilogy ¡Uno!, ¡Dos!, and ¡Tré!. Prior to working with Green Day, he was a member of the punk band Pinhead Gunpowder, which also featured Green Day vocalist Billie Joe Armstrong. White has also been a member of a number of Green Day side projects including Foxboro Hot Tubs, The Network, and The Coverups among others.

Other Resources About Jason White