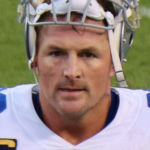 Why Is Jason Witten Influential?

According to Wikipedia, Christopher Jason Witten is a former American football tight end who played 17 seasons, primarily for the Dallas Cowboys of the National Football League . He played college football for the University of Tennessee, and was drafted by the Dallas Cowboys in the third round of the 2003 NFL Draft. Witten ranks second in all-time career receptions and receiving yards by an NFL tight end, trailing only Tony Gonzalez. He is widely regarded as one of the greatest tight ends of all time.

Other Resources About Jason Witten

What Schools Are Affiliated With Jason Witten?

Jason Witten is affiliated with the following schools: