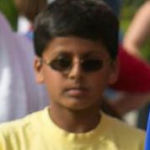 Why Is Javier Acevedo Influential?

According to Wikipedia, Javier Carlos Acevedo is a Canadian competitive swimmer. He competes primarily in the backstroke events. Acevedo won two bronze medals at the 2017 World Aquatics Championships as part of both the mixed 4×100 m freestyle relay and the 4×100 m mixed medley relay. He has also won a gold medal at the 2015 FINA World Junior Swimming Championships in the 4×100 m mixed freestyle relay and a silver in the 50 m backstroke. Acevado was a former Junior world record holder in the 100 m backstroke event.

Other Resources About Javier Acevedo

What Schools Are Affiliated With Javier Acevedo?

Javier Acevedo is affiliated with the following schools: