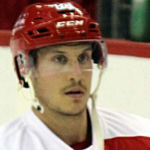 Why Is Jay Beagle Influential?

According to Wikipedia, Jay Beagle is a Canadian professional ice hockey centre and alternate captain for the Arizona Coyotes of the National Hockey League . As an undrafted free agent, Beagle joined the Washington Capitals's organization for the 2007-08 season. He eventually made his NHL debut on February 11, 2009, and joined the team full time during their 2010–11 season. He concluded his tenure with the Capitals after winning his first Stanley Cup, where he became the first player to win the Kelly Cup , Calder Cup , and the Stanley Cup . Following his Stanley Cup win, Beagle left the Capitals organization and joined the Vancouver Canucks. In July, 2021, Beagle was acquired by the Coyotes in a multi-player trade.

Other Resources About Jay Beagle

What Schools Are Affiliated With Jay Beagle?

Jay Beagle is affiliated with the following schools: