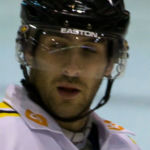 Why Is J. D. Forrest Influential?

According to Wikipedia, Justin David "J.D." Forrest is an American former professional ice hockey defenseman and current head coach of the Wilkes-Barre/Scranton Penguins in the American Hockey League. Playing career Forrest played four years with Boston College winning the NCAA Championship in 2001 whilst earning Hockey East All-Rookie honors. He was an ACHA Second-Team All-American in 2003 before graduating in 2004, serving as an alternate captain in both years. He then embarked on a lengthy professional career in Europe and North America with stints in Finland's Liiga, Switzerland's National League A as well as the American Hockey League. He retired in 2014 following two seasons with the Augsburger Panther of the Deutsche Eishockey Liga in Germany.

Other Resources About J. D. Forrest

What Schools Are Affiliated With J. D. Forrest?

J. D. Forrest is affiliated with the following schools: