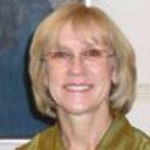 Why Is Jeanine Jackson Influential?

According to Wikipedia, Jeanine Jackson is an American diplomat. She was the ambassador to Burkina Faso from 2006 to 2009 and to the Republic of Malawi from 2011 to 2014. Life Jeanine Jackson was born in Wyoming. She is of European descent, and graduated from Hastings College with a BA in Art Education in 1971, and the Florida Institute of Technology with a MBA.

Other Resources About Jeanine Jackson

What Schools Are Affiliated With Jeanine Jackson?

Jeanine Jackson is affiliated with the following schools: