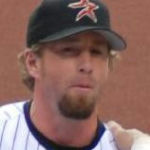 Why Is Jeff Bagwell Influential?

According to Wikipedia, Jeffrey Robert Bagwell is an American former professional baseball first baseman and coach who spent his entire 15-year Major League Baseball playing career with the Houston Astros. Originally a Boston Red Sox fourth-round selection from the University of Hartford in the 1989 amateur draft, Bagwell was traded to the Astros in 1990. Bagwell was named the National League Rookie of the Year in 1991 and won the NL Most Valuable Player Award in 1994. Bagwell and longtime Astros second baseman Craig Biggio were known as the "Killer B's", and the team experienced consistent success during their careers; Houston finished in first or second place in the NL Central division in eleven of twelve seasons from 1994 to 2005. During that period, the Astros qualified for the playoffs six times, culminating in Bagwell's lone World Series appearance in 2005.

Other Resources About Jeff Bagwell

What Schools Are Affiliated With Jeff Bagwell?

Jeff Bagwell is affiliated with the following schools: