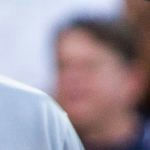 Why Is Jeff Banister Influential?

According to Wikipedia, Jeffery Todd Banister is an American former professional baseball player and manager. He is the bench coach for the Arizona Diamondbacks. Before that, he was a special assistant for the Pittsburgh Pirates of Major League Baseball. He served as the manager of the Texas Rangers from 2015 through 2018. Before joining the Rangers, Banister spent 29 years within the organization of the Pirates as a player and coach in both the Pirates' major and minor league system. After leaving the Rangers, Banister served the Director of Player Development with the University of Northern Colorado Bears baseball program in 2021 before landing with the D-backs.

Other Resources About Jeff Banister

What Schools Are Affiliated With Jeff Banister?

Jeff Banister is affiliated with the following schools: