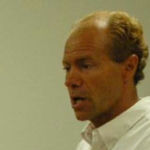 Why Is Jeff Benedict Influential?

According to Wikipedia, Jeff Benedict is an American author, a special features writer for Sports Illustrated, and a television and film producer. He has written for The New York Times and the Los Angeles Times, and his stories have been the basis for segments on 60 Minutes, 20/20, CBS Sunday Morning, CBS Evening News, the NFL Network, HBO Real Sports, Good Morning America, 48 Hours, and the Discovery Channel.

Other Resources About Jeff Benedict

What Schools Are Affiliated With Jeff Benedict?

Jeff Benedict is affiliated with the following schools: