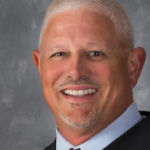 Why Is Jeff Cox Influential?

According to Wikipedia, Jeffrey Stephen Cox, known as Jeff Cox is a judge of the Louisiana Court of Appeal for the Second Circuit, based in Shreveport, Louisiana. From November 2004 until December 31, 2016, he served as one of the six judges of the 26th Judicial District Court of Bossier and Webster parishes in northwestern Louisiana. He held the Division C judgeship. He is also an instructor for the North Louisiana Criminal Justice Academy, which provides services to law enforcement officers.

Other Resources About Jeff Cox

What Schools Are Affiliated With Jeff Cox ?

Jeff Cox is affiliated with the following schools: