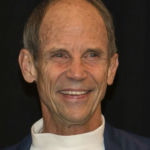 Why Is Jeff Galloway Influential?

According to Wikipedia, Jeff Galloway is an American Olympian and the author of Galloway's Book on Running. A lifetime runner, Galloway was an All-American collegiate athlete and a member of the 1972 US Olympic Team in the 10,000 meters. He remains a competitive athlete, continuing through a successful masters running career. He is the chief executive officer of Galloway Productions, which conducts a broad range of training programs and events yearly; he also owns two running specialty stores. He has written several books on training and writes a monthly column for Runner's World magazine.

Other Resources About Jeff Galloway

What Schools Are Affiliated With Jeff Galloway?

Jeff Galloway is affiliated with the following schools: